LAPEER — Last year Lauren Furneaux buried her daughter. Earlier this month she watched the woman convicted of beating the two-year-old to death sentenced to life in prison. Monday the Furneaux family turned their attention to Judge Michael Higgins.

More than 30 people lined the sidewalks around the Lapeer County Courthouse calling on Higgins to step down from the county’s family court bench.

In a written statement, Lauren’s mother, Lynette, contended Higgins has “obvious bias toward single mothers.” She added, “His court is conducted in a manner that many attorneys and citizens in Lapeer County call ‘Higgins Law.’ During custody hearings in his courtroom, he treated Lauren Furneaux in a manner that was abusive, humiliating and disrespectful of single mothers.”

In January 2011 Lauren filed a three-page complaint with the state’s Judicial Tenure Commission (JTC) claiming the judge, among other things, had ignored the Child Custody Act in granting in-home visitation to their then-infant daughter’s father.

Four months later the commission ruled “there is no basis for commencing formal disciplinary proceedings.”

According to the American Judicature Society, without a recommendation from the JTC to the state supreme court, there are only two other ways to remove a sitting judge from office other than not re-electing him. One is to have him impeached by a majority vote of the house of representatives and convicted by a twothirds vote of the senate and the other is to have the governor remove him following a concurrent resolution of two thirds of the members of both houses of the legislature.

Higgins, who is completing his third sixyear term as a circuit court judge, isn’t up for re-election until the fall of 2014.

“If he had any kind of a guilty conscience, he’d step down,” said Sharon Hoenicke, one of the picketers.

While declining to provide details,” Lynette charged Higgins had at one time granted custody to a convicted sex offender.

Higgins provided The County Press with a written response to the picketers.

He wrote, “The Lapeer Family Court, like the rest of our community, sympathizes with the tragedy that has befallen the Furneaux family. We also support the family’s concern for improved awareness of abuse of children.

“It is unfortunate that the family believes that the judicial system is in some way responsible for their tragedy. The Court records will confirm that the child was placed in the joint custody of the parents in 2008. Since then, there has never been a request for a review of the custodial arrangement nor has the issue of child abuse ever been raised in this case. The Court has had no contact from the family since 2008.”

In her letter to the JTC, Lauren wrote, “In the ensuing months before my daughter’s murder, there was evidence of physical abuse, such as burn marks, bruises and black eyes when she returned from her father’s parenting times. When I reported these incidents to my attorney, her reply was that bringing this before the judge would anger him and likely exacerbate the situation rather than ameliorate it.”

Lauren’s father, Chico, said numerous people have filed unsuccessful JTC complaints against Higgins and now the only thing left to do is raise public awareness.

“This isn’t the last time we’ll be out here,” he promised. 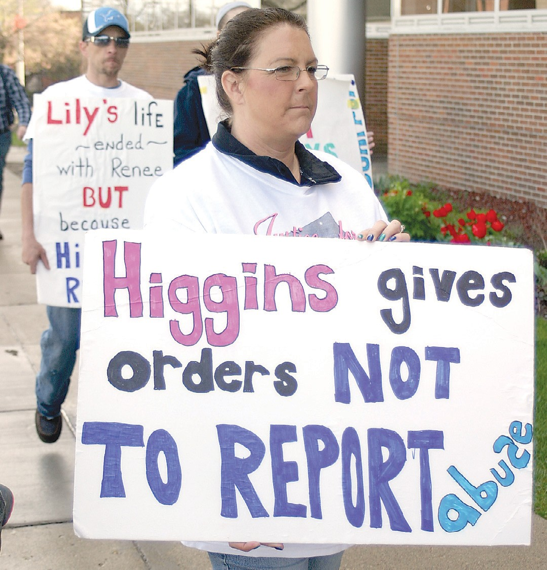 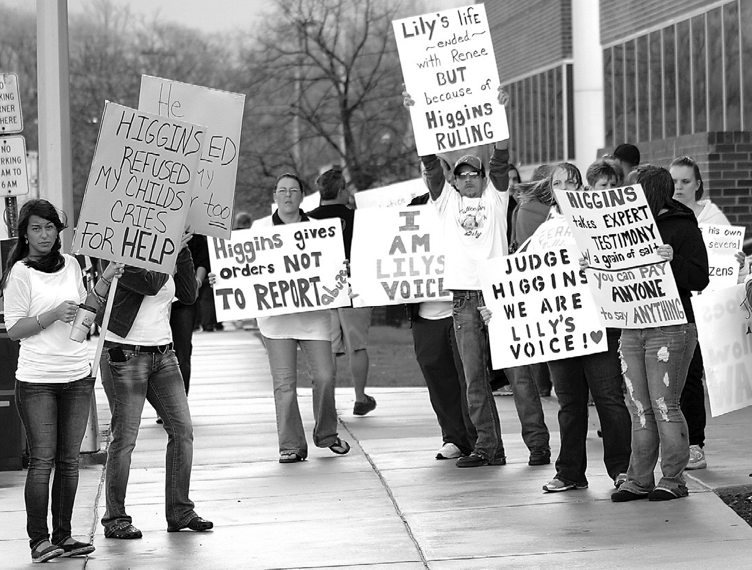 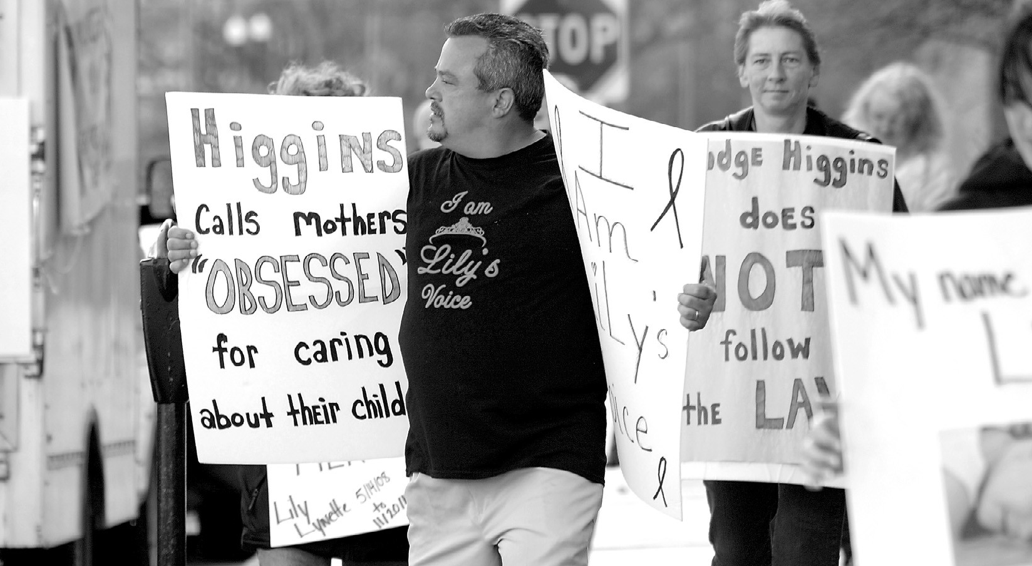